NOTE: I originally published this on my Facebook page on May 11, 2013 while in the middle of my second Kickstarter campaign for Jim Alfredson’s Dirty Fingers – A Tribute To Big John Patton. It was looking quite bleak for that campaign but thankfully, with the support of music-lovers and jazz fans, we pulled through. I wrote this piece in response to many private messages and emails I received from musicians, fans, and friends. The theme running through all the messages was some variant of “Why are you resorting to crowd-funding? Isn’t that begging?”

I thought I would post this piece here to hopefully gain more exposure to the thoughts within and begin a dialogue.

NOTE 2: I’m currently running my fourth crowdfunding campaign for the latest organissimo album entitled “B3tles – A Soulful Tribute to the Fab Four”. It is happening here.

As of this writing, my second Kickstarter project is about halfway to the finish line. Unfortunately it is also behind in terms of reaching my funding goals. I realize my last project was only six months ago (the very successful CD “Dedicated” by organissimo) and I also realize that, like last time, I’m asking for quite a tidy sum of money. I’d like to take a moment to explain why I’m asking for that amount but more importantly why crowd-funding is so important to independent, niche musicians like myself, using my last successful project as an example. 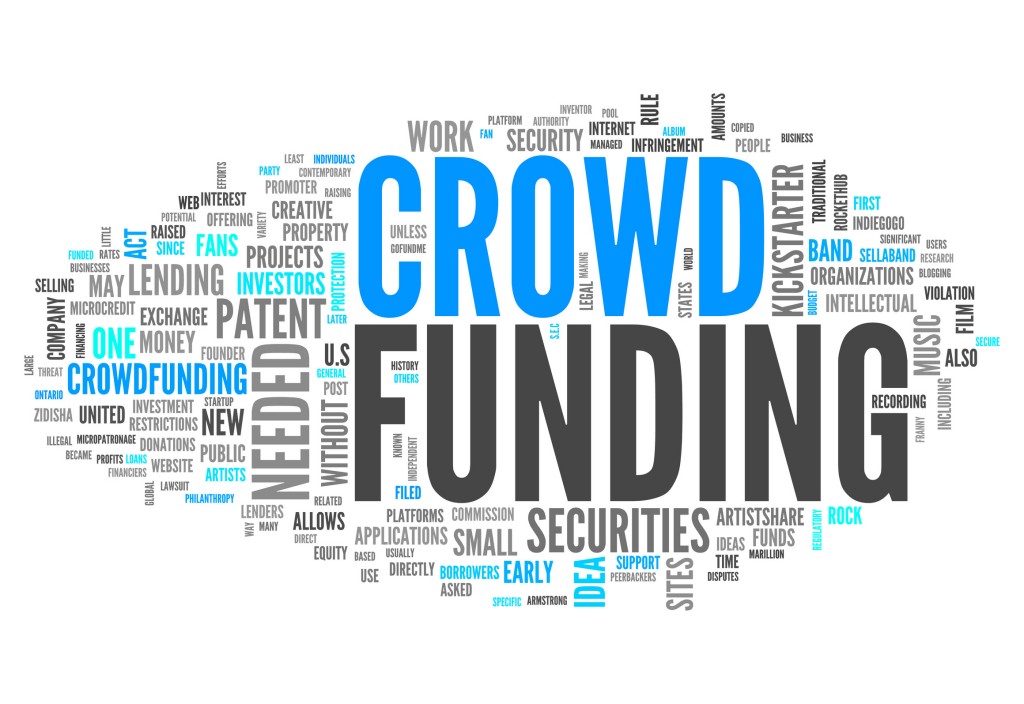 The Kickstarter for organissimo’s “Dedicated” reached it’s funding goal of $12,000 on October 15th, a full two days ahead of schedule. It finished slightly above the goal at $12,275.  Kickstarter and Amazon (who processed the payments) each took 5% right off the top.  So that left us with $11,047. I tracked and mixed the album myself, spending $274.50 on a suite of plug-ins for my DAW. That is the only money that I personally received from the campaign for my role in the production of the CD. Not only did I perform on the disc, write songs for the disc, engineer the disc in my home studio (with gear that I purchased myself), and spend countless hours fixing and mixing the audio, but I also did all the promotion for the crowdfunding campaign, handled the management of the Kickstarter, updated the websites, contacted the photographer, graphic designer, radio promoter, and mastering engineer, scheduled all those folks to do their thing, processed the payment for all those folks, contacted press people, and generally oversaw every little aspect of making the campaign and then the CD a reality. And I did not pay myself one cent for any of this except for buying those plug-ins in order to be able to mix the audio. I literally spent hours and hours and hours putting this CD together and I did not receive any money except to buy those plug-ins.

Drummer Randy Marsh did not receive any money either. Guitarist Ralph Tope was paid a small severance package when he left the band in order to protect the group’s rights to the music (which ate up the “extra” money I had calculated into the budget).

Indeed, I actually spent hundreds of dollars of my own money on postage, after the post office either lost or delivered half-empty packages to over half the people who purchased the “organissimo box set” as part of the Kickstarter. The budget was so tight that by the time the packages were lost, there was no more money to mail new ones and so I picked up the cost myself. The post office also raised prices on international shipments by 200% and I had to eat those costs as well.

Which brings me to my next crux of the biscuit: Why is crowd-funding so important?

Within one week of organissimo’s Dedicated being released it was available on blogs and torrent sites on the internet for free. 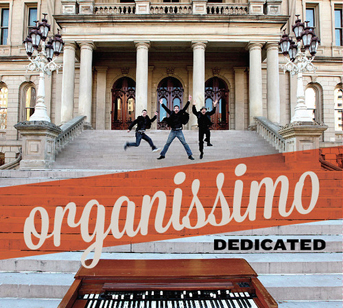 This is not by choice.

In the digital age, musicians no longer have any control over how their product is distributed. This is why we must receive money up front to record the music.  Waiting until after it is released is foolish and financially ruinous for independent artists like us. And that means we need you, the fans, to step up and help us make it happen. You are vitally important to the process. You are essentially our label. Without you, we have no viable way to record and release music.

The last four organissimo CDs cost about the same to produce as the goal of the Kickstarter: between $10,000 and $12,000.  I was able to curb a lot of that by tracking and mixing Dedicated myself and so we spent the money not used on studio time for promotion. One thing I’ve learned as an independent musician is the importance of promotion. Most musicians don’t like to talk about themselves and their art, but the truth is if you’re not going to promote yourself, who is?  But merely talking about yourself can only take you so far.

Without promotion, Dedicated would’ve done nothing. With radio promotion it was able to hit #5 on the national jazz charts, #2 on the college jazz charts, and has lead to more sales and more opportunities for the band. Promotion is immensely important and that’s why over 30% of the Kickstarter budget for Dedicated was for promotion.

But that promotion doesn’t come cheap.

Before crowdfunding, we would personally go into debt every time we recorded an album. It would literally take years to pay that off. As file sharing becomes easier and more prevalent, it takes longer and longer to pay off that debt. Our first disc took 2 years to pay off. The second 3 years. The third 4 years. The pattern is clear.

THEO – The Game Of Ouroboros – Successfully crowdfunded in 2015.

And so, to answer the question “Why is crowd-funding so important?” It is important because it is no longer financially feasible to go into debt to produce an album. And that is because of file-sharing. The only way to guarantee that I’ll be able to make an album is to secure financing up front. And that’s where you, the fans, come into play.  If you want the music to be made, you have to support it on the front end. Give me your pledge of support up front and I will produce the music for you to enjoy. That’s my promise to you.

I hope I can count on your support in my musical endeavours. I hope my music and my gear reviews and my advice and expertise when it comes to all things Hammond is valuable to you. Beyond the current crowdfunding campaign (http://bit.ly/2elcnGU) I am currently working on a progressive rock project of all original material (with me singing!) that is reminscent of the 70’s keyboard-centered prog, but not derivative thereof. (UPDATE: This project has been successfully crowdfunded and released as THEO- The Game of Ouroboros.) I also have several project by good friends that I am producing / engineering / consulting on and many many more ideas up in this crazy head of mine. If you know me, you know the music is going to be great regardless. Thank you for reading and thank you for caring about independent artists like myself.