ORIGINAL finds the Los Angeles-based artist turning in her finest recorded vocal performances, co-writing a majority of tracks for the first time and testing herself by taking risks along with her production foil Dave Darling, whose credits include Glen Campbell, Brian Setzer, M”tley Cre’s Nikki Sixx and Stray Cats, and whose instincts compelled Magness to tap her deepest creative powers and led the songs to sonically unpredictable places. 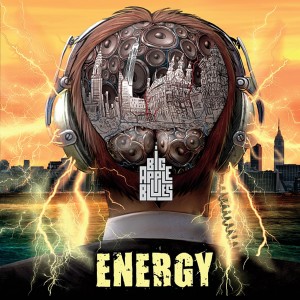 A groovy mix of genres (blues, R&B, soul, funk, rock, jazz) by NYC top cats, pieced into music totally capable of massive energy boost. Equally potent in notching your game as 4Xespresso or calming as a glass of big red by twist of the volume knob 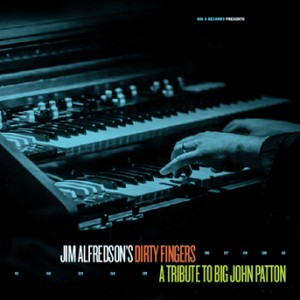 Jim Alfredson’s Dirty Fingers – A Tribute To Big John Patton
~The music of jazz legend Big John Patton as interpreted by a stellar line-up of musicians including the inimitable Randy Gelispie on drums, Ralph Tope on guitar, Dwight Adams on trumpet, Jim Cooper on vibes, and Mark Kieme on saxophones. 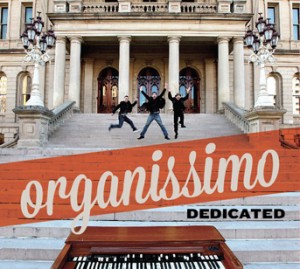 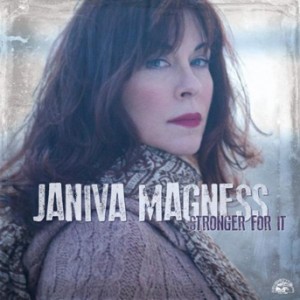 Janiva Magness – Stronger For It

Janiva Magness – Stronger For It
~Produced by Dave Darling (Brian Setzer, Meredith Brooks, Dan Hicks, John Waite), Stronger For It is Janiva’s declaration of independence. Having recently come through an intensely difficult period in her life, Magness has found new strength in her music. On these performances, she lays her soul bare, singing of loss and recovery, pain and redemption, hurt and healing, looking back and moving forward. 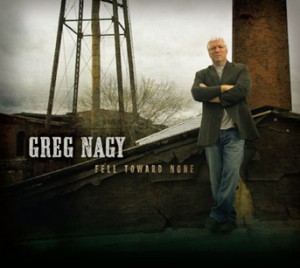 Greg Nagy – Fell Toward None
~Nagy’s sophomore release, Fell Toward None, raises the bar on many levels — as a singer, songwriter and guitarist, Greg’s strong, soulful performances establish him as a world-class Roots music artist.  This CD is not to be missed by any lover of blues or roots music. 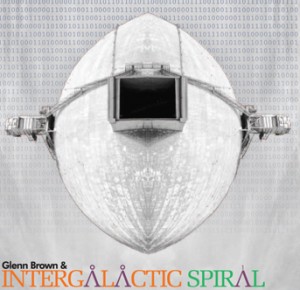 Glenn Brown & Intergalactic Spiral
~An all improvised cosmic jazz ensemble that eschews charts and changes for spur-of-the-moment musical explorations inwards (imagination) and outwards (interstellar space).  The brainchild of studio owner / producer / acoustician / musician Glenn Brown, the concept is simple:  Gather some of the most accomplished musicians from the potent local scene, throw various combinations of those musicians into the studio, and press record. 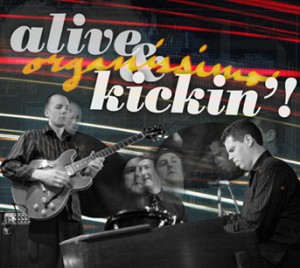 organissimo – Alive & Kickin’
~organissimo’s first live CD displays the soul-jazz trio at the top of their game in front of a lively audience. Recorded at WKAR-TV in Studio A as part of the television series BackStage Pass, Alive & Kickin’! brilliantly showcases the amazing ensemble interplay and seamless improvisations that are hallmarks of organissimo’s sound.

Jim Alfredson – In Memorandom
~Best known as the Hammond organist for Root Doctor (1999 – 2009), organissimo (2000 – present), and Janiva Magness (2010 – present) Jim Alfredson’s first solo album is not a blues or jazz album. Nor is there any trace of the familiar Hammond sound on the record. Alfredson’s In Memorandom is a collection of electronic/ambient music composed entirely on digital and analog synthesizers, Rhodes and Wurlitzer electric pianos, and drum machines and dedicated to the memory of his parents. 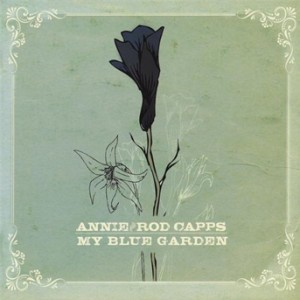 Annie & Rod Capps – My Blues Garden
~”Throughout, the playing is spirited and flawless, and the recording is cleanly and crisply produced. .. a perfect place to spend some time on a summer afternoon.” – Bob Needham, AnnArbor.com 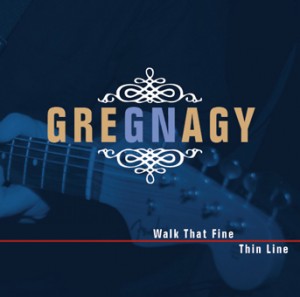 Greg Nagy – Walk That Fine Thin Line
~”The elusive boundaries where blues ends and r & b, gospel, jazz, rock & roll or pop begins make up a fine thin line. In his life and on his debut CD, songwriter, vocalist and guitarist Greg Nagy walks it with hard-won aplomb, assurance and accomplishment…His vocals and picking are both soulful, emotive, concise and powerful without the need for overstatement or pyrotechnics…” 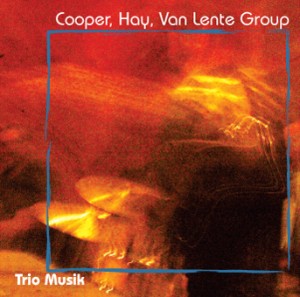 Cooper, Hay, Van Lente – Trio Musik
~Featuring eight original tunes penned by either Cooper or Hay, “Trio Musik” takes the listener on a journey through many styles of improvisational jazz. From fusion to Latin to straight-ahead bop, Trio Musik showcases the depth and musical experience of the three members. 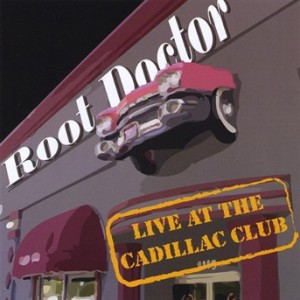 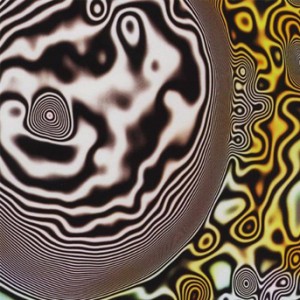 organissimo – Groovadelphia
~Featuring eight original songs plus another penned by drummer Randy Marsh’s father (tenor saxophonist Arno Marsh), the album opens with the title track, Groovadelphia, a tribute to the City of Brotherly Love and organissimo’s second home on the East Coast. From there things stay deceptively traditional with the spicey samba of Señor Buffet and the danceable blues shuffle of Third Right On The Left. 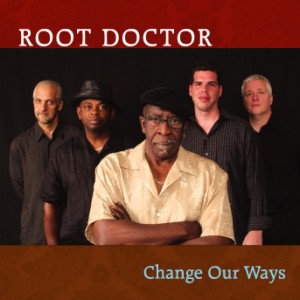 Root Doctor – Change Our Ways
~Their second studio album features 6 original, funky, bluesy soulful songs and 4 covers, including a heart-wrenching, soul-dripped version of the classic Temptations hit “I Wish It Would Rain”. With special guests including Peter Madcat Ruth on harmonica, Larry Fratangelo on percussion, and the tight arrangements of Motor City Horns, “Change Our Ways” is a tour-de-force of soul blues! 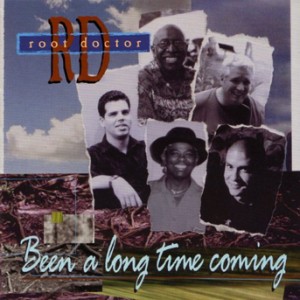 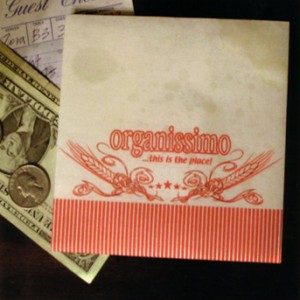 organissimo – This Is The Place
~Winner of the 2005 WYCE Jammie Awards for Best Jazz Album and Album of the Year. Named one of the best releases of 2005 by Jim Wilke ‘s Jazz After Hours program in Seattle (syndicated on over 60 NPR stations nationwide), WHRV in Virginia Beach, WBEZ in Chicago, WVIA-FM in Pittston PA, WBLVBlue Lake Public Radio, WLNZ in Lansing, WEMU in Ann Arbor/Ypsilanti, KXJS in Sacramento, WYCE in Grand Rapids, Jazz 90.1 in Rochester NY, Real Detroit Weekly Magazine, the Detroit Metro Times, and the Lansing City Pulse. 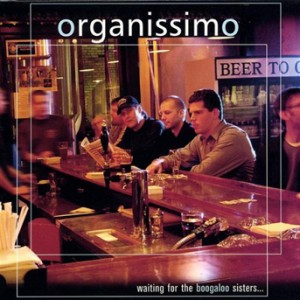 organissimo – Waiting For The Boogaloo Sisters…
~The debut album “Waiting For The Boogaloo Sisters…” features all original songs and the brilliant work of Ron Blake on tenor saxophone and flute. It won the 2003 WYCE Jammie Award for Best Jazz Album and was named one of the Best Releases of 2003 by Jim Wilke’s Jazz After Hours program, syndicated on over 60 NPR stations nationwide. As Cadence magazine wrote, “Organ aficionados should consider this a red alert.”