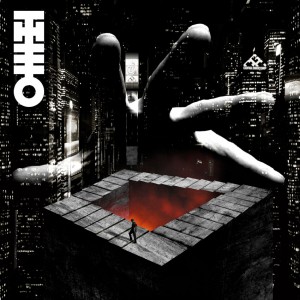 Lansing, MI – Jim Alfredson is best known for his work with acclaimed jazz trio organissimo and is considered among the best Hammond organists working today. His newest project is a solo album known under the name THEO that originated as a rediscovery of Alfredson’s affection towards the classic era of progressive rock. Inspired by classic bands like Yes, ELP, King Crimson, Pink Floyd, and Genesis, THEO brings epic songwriting and sweeping narratives back to the forefront with contemporary sensibilities and production. The album is scheduled for release on January 27, 2015 via Big O Records (USA) and Generation Prog Records (Europe). It is available as a download, as an audio CD, and as a limited edition CD / Blu-Ray set with 5. 1 surround mixes.

Says Jim, “The over-arching theme of the album explores how we react to power. Some people react by protesting and demanding change. Some subscribe to the ‘if you can’t beat ’em, join ’em’ mantra. Some ignore it all together. And some of those who do expose it are scapegoated and exiled. In the midst of all this, we’re all just trying to live our lives and do the best we can. It seems that the era of the protest song is long gone. The political and social activity in the music of the 60s seems to have petered out and been replaced by faux rebellion, pre-packaged and test marketed. The message is essentially one of questioning power and authority and dissatisfaction with the status quo. From a musical perspective, my goal with this album was to return progressive music back to its melodic roots and the keyboards back to the forefront. I wanted to be reverent of the past classic groups but with my own spin and get away from the really heavy, guitar-driven prog that is very prevalent now.”

Along with Jim on keyboards, THEO’s ‘The Game Of Ouroboros’ features Gary Davenport on bass, Kevin DePree on drums, and Jake Reichbart on guitar. The album, which is scheduled for release on January 27, 2015, took close to 3 years to complete due to Jim’s previous commitments and heavy touring schedule.

Jim explains, “I began writing it in 2010. That’s the same year I joined the touring and recording band for the blues artist Janiva Magness who is based in Los Angeles. Between 2010 and 2014, I toured extensively with her and appeared on her last two albums. We toured all over the US and several times in Europe and Canada. It was a great experience but also left little time for family and for writing my own music. Somehow I managed to release two organissimo albums in that time and a solo jazz project called Jim Alfredson’s Dirty Fingers. Also during that time I recorded a lot of snippets of ideas on my iPhone while on the road during sound checks, in hotel rooms, and endlessly barreling down the highway to the next gig. When the touring season ended each year, usually at the end of October, I would collate these ideas and work on the best ones. We would start touringagain the following February, so I had only a few months to really work on things.

“… Jim Alfredson is one of the faces of the new millennium’s Jazz renaissance.” – Hammondbeat

Although primarily known for his skill on the Hammond organ, Jim utilizes a wide range of textures on THEO. The rough and raw sound of analog synthesizers firmly connects the album to the halcyon era of progressive music while careful use of modern computer-based synths extends the music into the present. Acoustic piano underpins much of the album contrasted by swirling rhythmic elements easily at home in modern electronica. Gary Davenport’s deft work on the fretless bass significantly contributes to the album’s sonic appeal as does his mastery of the Chapman Stick on the first three tracks. Another noteworthy highlight is the real pipe organ on the track ‘The Blood That Floats My Throne’, skillfully recorded to capture the awe-inspiring majesty of the instrument.

For 10 years, Jim served as organist and musical director of the highly successful, award-winning rhythm & blues band Root Doctor (1999 – 2009) producing three CDs for the band. Jim formed the jazz trio organissimo in 2000. organissimo has released five critically acclaimed CDs and a DVD in the intervening years. In 2009 Jim released a very limited edition solo CD dedicated to the memory of his father called ‘In Memorandom’. Also in 2009, Jim engineered and produced Greg Nagy’s debut solo record ‘Walk That Fine Thin Line’ followed by Nagy’s ‘Fell Towards None’ and ‘Stranded’. From 2010 to 2014, Jim served as the keyboardist and primary background vocalist in the touring band for blues singer Janiva Magness. He toured nationally and internationally with the band and is featured on Ms. Magness’ Alligator Records release ‘Stronger For It’ as well as her self-released album ‘Original’. In October 2013, Jim released another solo project entitled ‘Jim Alfredson’s Dirty Fingers’, a tribute to jazz organ great Big John Patton.

To purchase THEO ‘ The Game Of Ouroboros’ CD:
www.big-o-records.com, www.generation-prog.com